Home / Projects / The Network in Action

CPF – The Network in Action

Bulgarian local and public institutions have not yet fully accepted the 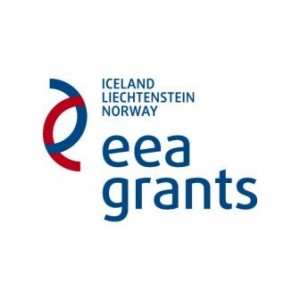 participation of civil society organisations as an integral part of the decision making process. Regardless of the existing legislative requirements, civic participation still appears sporadic and rather formal. One of the reasons identified, is the inadequate united and coordinated advocacy activities on behalf of the NGOs themselves. Citizen Participation Forum has taken up working on this issue through the implementation of the project ‘CFP – the network in action’.

In mid 2015 the CPF team organised six regional citizen forums. They were attended by members, partners, and supporters of the network throughout the country. They gathered together to discuss the CPF approaches and main working priorities. Representatives from the local and regional authorities also took part in the forums which opened room for partnership opportunities. During the forums, the participants talked about the most pressing public issues calling for organised advocacy actions on regional and local level.

In order to improve the CPF members’ expertise and capacity advocacy trainings were delivered between July – October 2015. These trainings involved creative methods for involving the community and media into the NGO’s goals.

Following the training the network’s members implemented this in parctice. A encompassing advocacy campaign, called ‘The forbidden referendum’ was launched, which coalesced the efforts of CPF members from throughout the country, attracted media coverage and triggered new partnerships.

The campaigns’s outcomes were discussed at the National civic participation meeting, organised by CPF in March 2016. The participants, civil society organisation from the whole country, analysed the achievements, as well as the challenges, the methods and risks, which were confronted when attempting dialogue with the institutions. During the annual meeting, CPF’s members were informed about the experience and good practices of other european networks working for civic participation and democratic governance, with whom CFP were in touch throughout the duration of the project. The other topics at the Annual meeting that were discussed were the next steps of the network, and current causes. Based on these deliberations, the CPF annual working plan was discussed and approved.

The project ‘CPF – the network in action’ is funded under the NGO Programme in Bulgaria under the Financial Mechanism of the European Economic Area 2009-2014.

More information about the Programme you can find at www.ngogrants.bg